Christmas in July: How Avi Networks Powers the North Pole 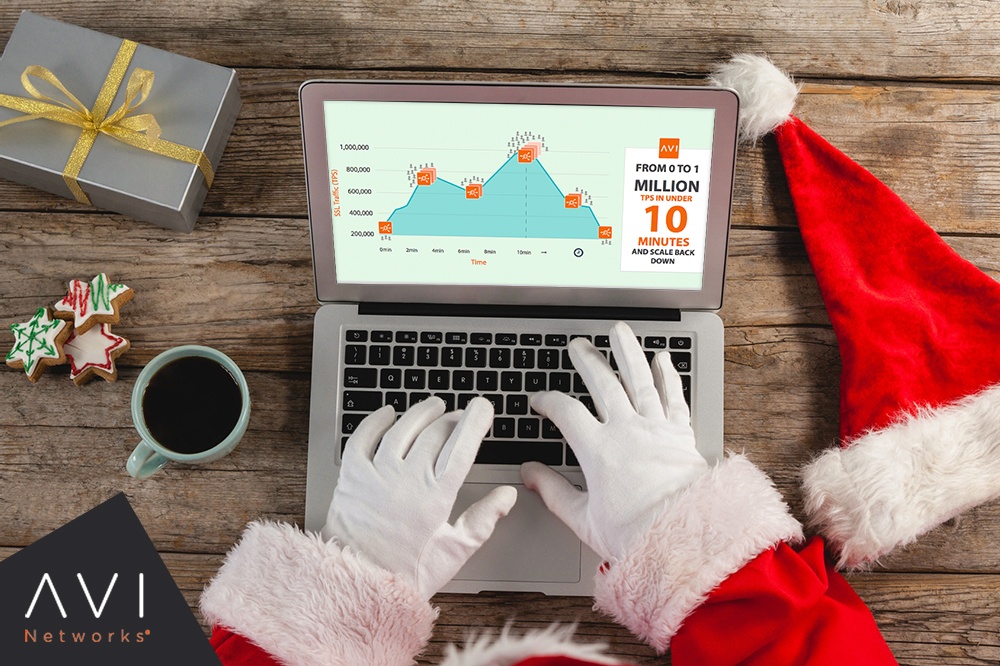 Nothing demonstrates the need for elasticity and scale like the Holiday Season. Manufacturing, distribution, and eCommerce companies experience a huge spike in their business, but nobody feels the pressure more than the big guy up North. You know—the jolly fellow, red suit, white beard—ring a (jingle) bell? It’s Santa Claus!

Like many enterprises, Santa’s operation was powered by a data center (the elves hid it close to the North Pole). The increase in demand for Santa’s services and rising costs associated with maintaining the data center led Santa’s Elf and CIO at the North Pole, Garland Winterbells, to explore hybrid/multi-cloud solutions.

“There are more kids than ever, and that means there are more presents than ever. It was just too expensive to rely solely on the data center,” shared CIO Winterbells. “Shifting to the cloud gives us better scale and performance across the globe where our customer are. The cloud also gives us peace of mind about the heat we used to generate in the data center—we were literally melting ice caps.”

During the offseason, the elves decided to modernize their entire stack. Enterprise Architect and DevOps enthusiast, Evergreen Cuddlecrystals, headed up efforts to adopt containers and microservices, while Cedar Ivypie, Director of Infrastructure, made plans to leverage compute resources from AWS, Google, and Azure in addition to their existing on-prem investments.

“We needed to undergo a complete digital transformation—from our apps to our infrastructure,” stated Cuddlecrystals. “Santa and the elves aren’t ready to be displaced by retailers.”

“With cloud providers offering affordable and elastic compute in almost every corner of the globe, we knew it was the right time to begin cloud migration,” added Ivypie.

This is where Santa and his elves hit a snag. New application architectures and cloud infrastructure have the adoption pains you’d expect, but the real challenge was with connectivity. The network, application delivery services, and load balancers needed to provide the same performance, elasticity, and scale offered by the cloud and microservices.

“It was embarrassing to realize that we were trying to undergo a digital transformation with physical load balancers,” giggled Cuddlecrystals quite elvishly.

The North Pole originally planned to provision physical load balancers to handle peak holiday traffic, but knew it would sit idling for most of the year. They also had many other shortcomings, including limited visibility and automation. Not wanting to report the bad news to Santa, Winterbells and the rest of the IT elves began to search for a smarter, software-defined solution. That is when they discovered Avi Networks.

Avi Networks delivers an Elastic Application Services Fabric that provides smart load balancing features, like per-app security, predictive autoscaling, self-service provisioning, centralized management, and visibility across any data center or cloud. In their early conversations with Avi Networks, the elves explained that they were skeptical that a software solution could handle the “ludicrous scale” that Santa needed. It just so happened that Avi Networks was prepared for just such a task and demonstrated how it could achieve webscale elasticity from 0 to 1 million transactions per second in under 10 minutes (it could have scaled much further but the Avi account manager didn’t want to appear arrogant and risk getting on the naughty list).

"Avi was the missing piece! It provided a far more robust set of features needed for modern applications and infrastructure,” exclaimed Garland Winterbells. “And it cost 70% less than hardware load balancers!”

The North Pole is busy year-round. The IT elves made it clear they weren’t interested in adopting a solution that would become another project. Avi needed to be implemented quickly, have an easy learning curve, and deliver value immediately—the Holiday Season was on the line!

Avi Networks got to work quickly. All they needed was the configuration log file from the North Pole’s legacy load balancing solution. Once received, Avi was able to implement their solution across each of the infrastructure environments the elves wanted to use. The entire process (from signing the contract to using the Avi Vantage Platform in production) took less than 2 weeks, and had no impact on the business.

Once the Avi Vantage Platform was up and running, CIO Winterbells and his team experienced several noticeable differences. First, Avi’s smart load balancer functioned as a brain for their entire operation. They had a single platform that provided visibility and analytics into their applications, hybrid infrastructure, and network.

Second, the North Pole had true elastic load balancing. Santa and company now had scalability and portability across the globe. One moment an app could be running in AWS, the next it was bursting into GCP or Azure. Slow week? They could send the app back to the data center.

Finally, by using a smart, software-defined solution, Santa and the elves were able to save 70% of what they were paying for hardware-confined load balancers. Avi functions similarly to cloud-based infrastructure so the elves only have to pay for what they need. They burst on heavy usage days and scale down during slower periods so they don’t over-pay to over-provision. “This economic model is a nice touch,” smirked Cedar Iveypie. “With the money we save we’ll get the reindeer something nice.”

If the Holiday Season is a headache for you, check out our Load Balancer Survival Tips. You can also schedule a time to meet with Avi, so you too can have peace of mind during the holidays.