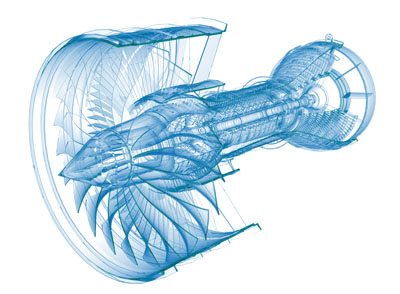 Load balancers and application delivery controllers have one critical job.  No, it's not distributing clients across servers, though that is an important aspect of their job.  At its core, a load balancer's task is to reduce risk.  One of the most common vectors for the introduction of risk is the complexity of a system, such as a legacy load balancer.

Take an example of a jet engine.  It is comprised of numerous components, each adding its own complexity and potential for failure.  By taking advantage of new technologies, such as 3D printing, GE has been able to reduce their jet engine's 25 part fuel injection nozzle down to a single part.  This helps reduce cost, time to market, and complexity from the overall system, which also improves the reliability of the engine.  At its core, it reduces risk. In the context of application delivery and load balancing, what if a single button can guarantee optimal SSL security settings or maximize application acceleration?

Most administrators who manage load balancers also manage dozens of other products, spanning layer 2 networking up to layer 7 application delivery.  Many load balancers have literally thousands of knobs.  That's a lot of parts.  At some point the breadth of knowledge required is simply unrealistic.  The natural result is aversion to leveraging the power of the load balancer.  Enabling advanced features requires intimate knowledge of an extremely complex device, with a high probability for failure.

This mindset has hampered many networks from enabling significant advances in application networking.  But what if the load balancer wasn’t just a wall of knobs?  What if it was simple to operate, managed by an intuitive interface, and provided proactive alerts on suboptimal configurations?  What if there was no risk of configuration mistakes, upgrade failures or saturation of system capacity?  What if you trusted your load balancer?  What acceleration, security, and high availability features could you enable?  If jet engines can harness next generation technology to reduce cost, complexity, and risk, shouldn't those same principles be applicable to network infrastructure as well?