Steady Decline of Box Huggers | The Case for Virtual ADC 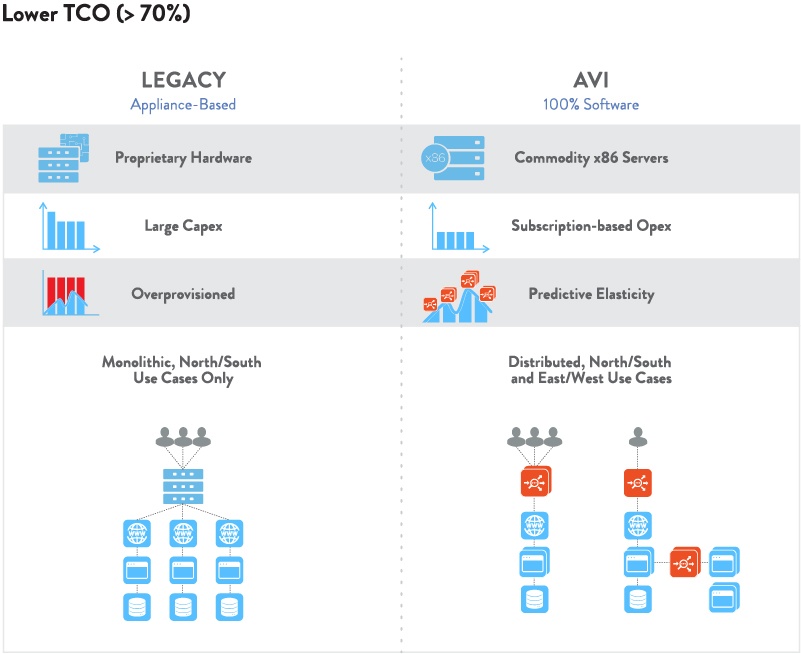 We recently had our sales kickoff meeting here in the heart of Silicon Valley and we were very fortunate to have some incredible guest speakers. One of them was a former high-ranking executive of a large Silicon Valley software company. He was brilliant in his story-telling, talking about the early days at the firm and drawing parallels to our journey here at Avi Networks.

One of the things that he was most impressed with was the number of world-class brands that have already adopted our technology and that have applications running in production.  Many of these customers took much longer to adopt virtualization back in the early 2000's. The reason for this, and we all laughed at the analogy, was that they constantly ran into what he called, "Box Huggers". People who were married to their hardware and unwilling to change despite the fact that virtualization could help them consolidate their server infrastructure by 70%.

Fast forward to present day and we still see the box hugger mentality, especially in the Application Delivery Controller (ADC) market. However, we often find that when we meet with these types of IT professionals they are able to quickly understand our business value and TCO savings. In many of our customer accounts, the folks who see the changes occurring in computing, networking, and application architectures and willing to adapt by deploying our technology are quickly moving up the ranks of the IT department. All of us have seen the effect of technology evolution and modernization on IT workers who embrace the change (and get ahead of it) vs. those who don't. People who are unwilling to change their mindset, learn new skills (which usually simplify their job), and adapt are those who find themselves lagging behind when businesses automate and replace their legacy infrastructure.

Using our elastic services fabric for scaling applications is a much different experience compared to managing legacy appliances such as an F5 BigIP or Citrix NetScaler. Having a single controller to manage distributed load balancers (or what we call Engines) across many different environments alleviates massive amounts of pain. From manually configuring VIPs, to not having any visibility on the health and performance of your apps, to the arduous process of trying to upgrade these boxes are just a few of the ways that this pain is delivered.

Now imagine being able to elastically scale your load balancers up or down automatically. Imagine centrally managed load balancing with consistent hybrid and multi-cloud architecture. What if you could reduce ticket resolution times to seconds with pinpoint "Network DVR" analytics? This is powerful, compelling and a brilliant way of modernizing your infrastructure.

There was a time when "box-hugging" was ok - it was the only choice available. But times are changing - we encourage our "box hugger" friends to be willing to try something new, be willing to change and allow yourself to have a vision of the future. Like the early adopters of virtualization, when you have the opportunity to save your organization potentially millions of dollars (CapEx) and introduce the operational efficiency to save on OpEx side of the equation, executives will notice. This could be the quickest way to a promotion and pay raise.