Do Hardware Load Balancers Scale? | The Benefits of Software

The answer is a resounding “No!”

Let me add more detail to this (literally!) million-dollar question that most enterprises face when it comes to Web-Scale requirements. Beyond the cloud giants, most enterprises don’t want to be in the business of building their own software load balancer. In the aforesaid four limitations, let us pause at the fourth limitation for a second. Consider the fact that Google, the technology giant, specifies the cost to upgrade hardware load balancers as a core limitation.

Applications receive millions of requests per second and therefore, require infrastructure that matches the scale of usage. Resource allocation should also be automatic – whether scaling up or down – based on usage patterns. Hardware load balancers cannot autoscale* and therefore, do not match enterprises’ needs for scale. It is almost impossible for organizations to predict the next event that triggers a sudden surge in requests to your application. Most times, organizations, therefore, come up with creative ideas to calm down unhappy users.

We founded Avi Networks with a vision to deliver application services including load balancing, service discovery, predictive autoscaling, analytics and other such capabilities to match enterprises’ Web-Scale needs. A software load balancer, the Avi Vantage Platform, is built to match Web-Scale needs. A few design principles that we kept in mind as we developed Avi Vantage are:

That’s the power of software-defined scalability! 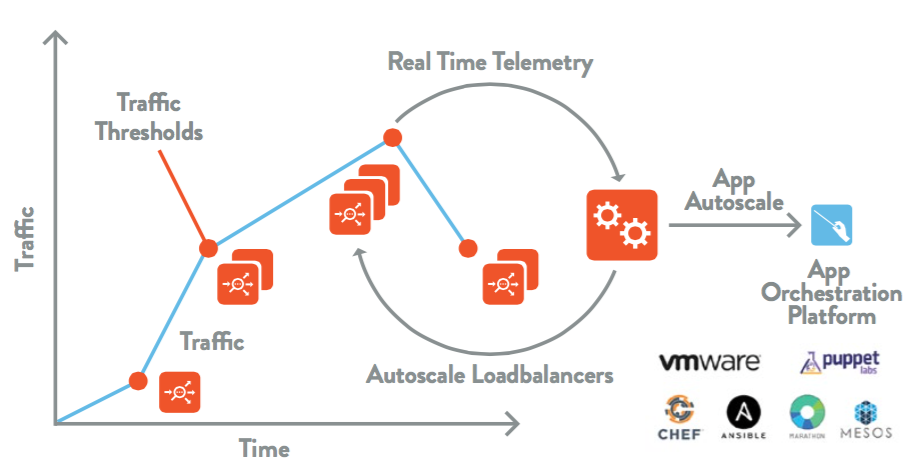 Does all this talk about software load balancers bring you load-balancer-envy? Web-Scale IT organizations such as Facebook and Google have already built their load balancers. You don't have to build your own; Avi Networks delivers application services beyond load balancing at a fraction of the total cost you incur with your appliance-based ADC solutions!

Try Avi today or drop us a note.