Dan Warmenhoven | Interview with SDxCentral about IT Infrastructure 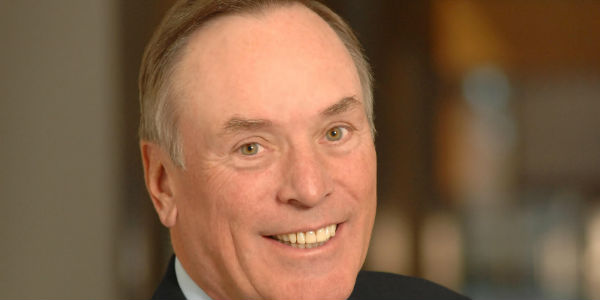 Dan Warmenhoven is the newest board member at Avi Networks.  SDxCentral's Craig Matsumoto took this announcement as an opportunity to chat with Dan about the changing IT infrastructure and what the incumbents ought to do about it.

This interview was originally published on SDxCentral on Dec 16, 2016.

As former CEO of NetApp, Dan Warmenhoven qualifies as an old-school IT guy. But he’s also bought into the new-age world of software-defined networking (SDN) and the cloud.

Warmenhoven is retired as a CEO but has landed on the boards of Big Switch Networks, Cohesity, Palo Alto Networks, and, as of last week, Avi Networks. He was on the board of Aruba, a gig that’s ended now that Aruba is owned by Hewlett-Packard Enterprise (HPE).

Earlier this month, he even joined the board of Theranos to help that company redefine itself post-scandals.

We’re not here to talk about that. Using the Avi appointment as a news hook, SDxCentral recently got to chat with Warmenhoven about what’s changing in IT infrastructure and what the incumbents ought to do about it.

Looking at Big Switch — I’m picking on them because they were early into this SDN thing — when you first heard the pitch, did you buy into it?

Warmenhoven: No, I thought they were off the mark. [Laughs.]

They’re now six years old, and I think they’ve gone through about two transitions? While they had the right vision, the devil’s in the details. They were going to write a software package, and put it on standard hardware and sell it as a complete package, right? I don’t think that’s the right business model. In the early days, they were really selling the hardware. If your value-add is in the software, why would you want to bundle in some very low-margin, commodity hardware?

So they had to do a reset to figure out how they’re going to go to market. And they did, and now that business is up and running. I joined them right around when that decision was made.

I think people get the idea behind SDN, but how has the market responded?

I think the momentum is building. I really do. This is an area where customers go slowly and methodically because it’s right in the heart of their data flow, and they need the confidence that there won’t be any service disruptions as the result of some new technology they inject.

That’s the case with both Big Switch and Avi. Customers are going to evaluate this stuff for a long time, then they put it in limited production, then they go up the adoption curve. Both companies are starting to hit that point where the confidence in the technology in the customer community has really started to grow quite rapidly.

But you’re right — the installed base is small. But the prospects are very bright.

How’d you get involved with Avi?

Amit [Pandey, the CEO] used to work at NetApp: Ran a couple product lines for us at NetApp, including the Internet caching product line we call NetCache. That’s kind of where he learned his general manager skills, and we’ve been in touch ever since. He invited me onto his board, and I jumped at the opportunity.

This whole movement to cloud — how do you see it affecting IT customers’ buying patterns?

I think it’s hugely disruptive. I think it’s moving at a faster pace than anyone had forecast. I haven’t even looked at the latest financials from Amazon [Web Services (AWS)], but aren’t they at something like a $13 billion run rate? You can’t take that out of the IT infrastructure market without it having some effect — and that’s just Amazon. I think the rush to the cloud is a lot faster than any analysts or even customers had forecast.

That all plays into the strengths of the next-generation technology providers, but boy, it’s sure gonna blow up a lot of the installed base. I don’t know of a customer that wants to own their IT assets. It used to be: Real men own data centers. Now even the giants are wanting to do deals with hosting providers. They don’t want any assets on the books at all.

What would you do if you were still part of that incumbent infrastructure world?

I’d figure out how to get out.

No, really. When you see a train coming, get off the tracks.

So, get out — but how? Become a fast-food franchise?

That’s a challenge for everybody in that space. There are only going to be a few providers. I think in the server sector, you’re down to already three: Dell, Hewlett-Packard, and Cisco. In the storage space, it’s basically Dell again, which bought EMC; Hewlett Packard; and maybe NetApp — but there’s no room for anybody else. And they’re all facing declining markets and slower growth or negative growth. It’s just a very tough business.

Even on top of that, the hyperscale guys — Salesforce, Workday, ServiceNow, the SaaS providers. You add that to the lost infrastructure column, and all of a sudden, what you used to have in the data center is pretty small.

Do you think that’s driving some of the big mergers, like Dell-EMC?

I think that’s a major piece of it. I mean, there are trigger events too. Michael Dell’s trying to reposition for the enterprise, and Joe Tucci [EMC’s former CEO] was going to retire. But yeah, fundamentally, that one made sense, because the industry’s got to consolidate to gain efficiencies.

So is Dell-EMC going to work?

The integration of those two firms is going to be a challenge. I have a world of respect for Michael Dell — if anybody can do it, he can — but I think the challenges are severe.

As a commodity provider, Dell didn’t really have that many connections to CIOs. Most of their strengths are in purchasing. EMC’s at the other end of the spectrum. The go-to-market model is going to be tough to integrate. Like I said, if anybody could pull it off, I think Michael Dell could.

What happens next with the big infrastructure players, like HPE?

I got pretty close to understanding HPE’s strategy when I was the lead director on Aruba. I had the opportunity to sit down with Meg [Whitman, HPE’s CEO] and understand her strategy. I think it’s pretty clear.

They’re going to focus on being a hardware provider. She thinks that’s the only option the company has that’s viable. So, they’re going to go compete head-on with Dell and Cisco, and they’re working on strategies that will allow them to, if you will, disrupt Cisco‘s margins, in particular, and try to force Cisco to stop subsidizing the server business with the profits they have from the network business. I think it’s fundamentally a sound strategy.

Cisco’s the one I don’t understand right now. The leadership change over the past year, I think, hasn’t quite settled down.

So you look at the three big players. Dell has their hands full with EMC and making that work. I think HPE’s got some restructuring still to do, to get to the product line they want to have to go toe-to-toe with Cisco. And I think Cisco right now is trying to sort out what they want to be in three to five years.

I’ll be curious about Cisco. It really is already a different company.

I don’t think they’ve really figured out where they’re going to land. You’re right, it’s already a different company. I’m not sure I understand the full scope of the changes.