Application Routing Engine | The Speed and Flexibility of Avi 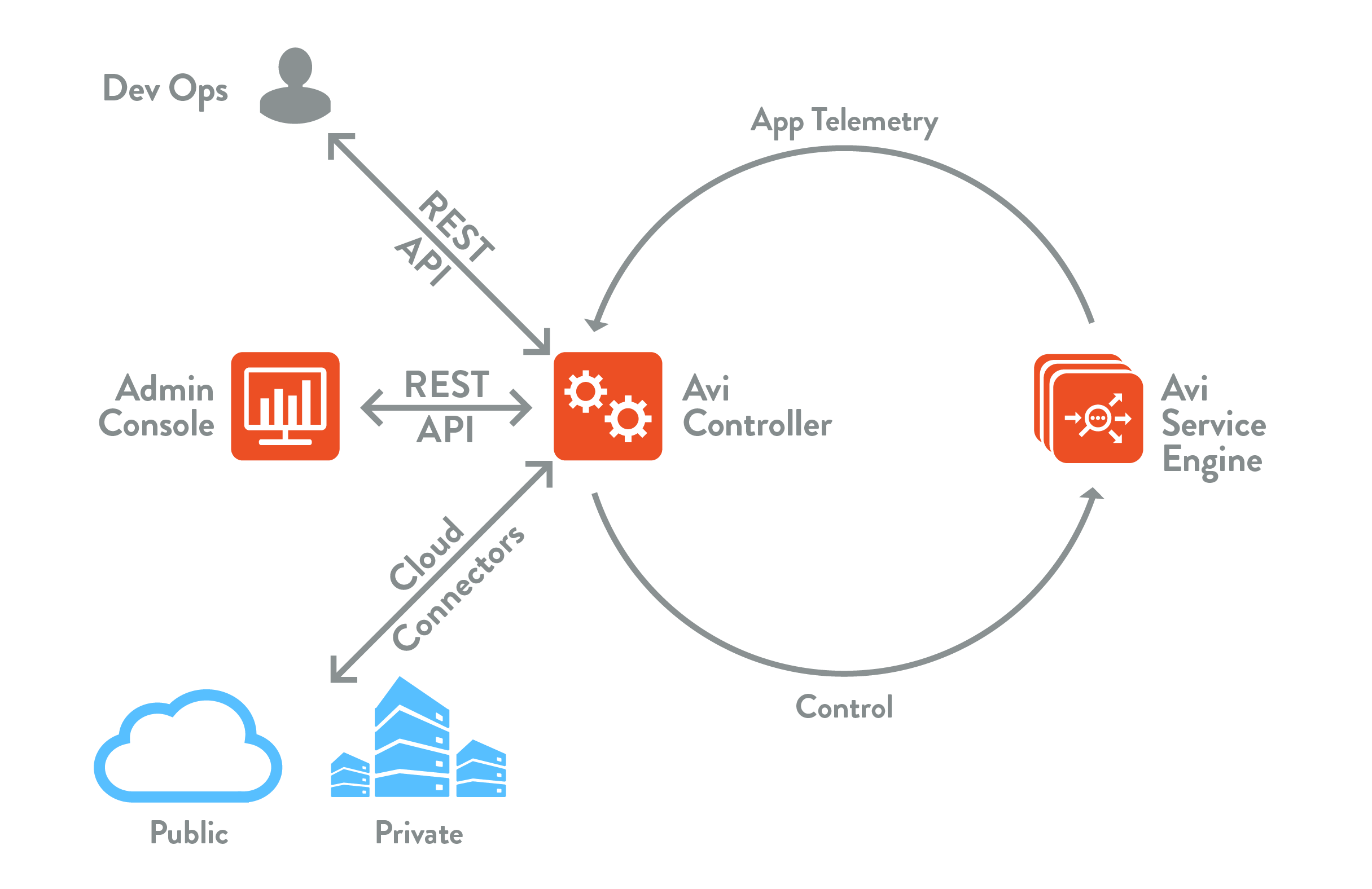 In an earlier blog, “Avi Vantage: A Cloud-Scale Distributed Software Load Balancer For Everyone”, we had described the high-level architecture of the Avi Vantage platform. The platform consists of a clustered centralized Controller, a scale-out distributed Layer-7 Reverse Proxy data path called as Service Engine (SE), a Visibility/Analytics engine, a RESTful interface to the Controller that enables integration with external orchestration engines, and a fast and responsive HTML5 UI.  It is designed ground up to be a modern cloud-scale Application Delivery Controller (ADC) that enables application deployment across any cloud - private, public, or hybrid.

In this blog, we take a deep-dive into one of the critical components of the SE datapath - namely the Application Routing Engine.

A classic networking stack is divided into several protocol layers, the so called Open Systems Interconnection model. Just like Switches and Routers switch/route packets at the Data Link and Network Layers respectively, an Application Routing Engine switches/routes connections and transactions at the Application Layer of the OSI stack. A classic example of this is an HTTP Reverse Proxy  - it parses incoming HTTP requests and extracts HTTP attributes such as URIs, Headers, Cookies, Query Parameters from it, and then uses application-level logic to forward the request with required modifications to a server. Since HTTP is the de-facto lingua franca for web applications, in this blog, we will focus on HTTP Routing Engines.

The above examples give a flavor of the variety of use cases that are served by a Application Routing Engine. Essentially, it enables an application to encode very fine-granular policies to control the flow of traffic as the application wishes - covering the gamut of features ranging from security, logging, billing, disaster recovery, authentication, continuous integration/continuous deployment and so on.

Requirements for an Application Routing Engine

When designing any system, the first step after listing down the use cases is almost always to abstract out the details and quickly get down to the core set of requirements. After a few iterations, we narrowed the requirements down to:

Design of an Application Routing Engine

Now that we had the core set of requirements understood and summarized, the next step was to distill them so the right abstractions could be built. The first thing that stood out right away was the presence of two equally important and somewhat at odds requirements of "Performance" and "Flexibility". We realized that there was no one-size-fits-all solution. The right design for the Application Routing Engine needed to support a dual abstraction - we call them Policies (fast, flexible enough, can handle most common use-cases) and DataScripts (flexible, fast enough, can handle all use-cases). All other requirements such as Logging, Debuggability, Fine Granular Control, Usability, DataSets, and Multiple Matches/Multiple Actions were applicable to both Policies and DataScripts.

The Policy abstraction supports a majority of real-world use-cases through native code implementation. A Policy is a collection of ordered Rules. A Rule allows for matches across several parameters and datasets, and a series of actions. Execution begins at the first Rule in the Policy, and continues until there is a successful Rule Match upon which all actions for that Rule are run, and the execution engine then jumps to executing the next Policy.

There are 4 types of Policies:

The picture below shows a UI screenshot of configuring an example rule named "add-xff-select-pool" in a HTTP Request Policy. The Match does a Regex compare of the incoming Path to a DataSet of Regexes (Protected-URIs in the screenshot), and the actions insert an X-Forwarded-For Header with the value of the Client IP, and select the "protected-pool" for serving the request. In addition, an Application Log is generated for this request and all the HTTP Headers are logged.

The pictures below show a log of the request. The middle column of the log UI indicates that the request matched against the "add-xff-select-pool" Policy rule. The right column shows the server was selected from the "protected-pool". The "Full Headers" view of the request log shows the "X-Forwarded-For" header added to the request as it is proxied to the backend server.

The example above is intentionally kept simple, yet demonstrates the expressiveness and simplicity of the Policies abstraction. Policies are described in detail in the Avi Networks Knowledge Base here.

The DataScript abstraction captures all real-world use cases by embedding a small footprint Lua virtual machine in the datapath to run application defined Lua scripts. Since the application logic can now be written in Lua, it can capture arbitrary processing, both stateless and stateful. In addition to being able to run native Lua code, the Routing Engine exposes several powerful constructs into Lua through a set of libraries. Here are a few examples:

The picture below shows a UI screenshot of a DataScript that is executed for a request after its HTTP headers are parsed. The DataScript checks if the request was received over an HTTPs port. If yes, it fetches the Subject Name of the client's SSL cert and the request path. It then matches the path against a DataSet of "Tracked-Paths". If there is match in the dataset, a new HTTP Header "X-Client-Subject-DN" is inserted in the HTTP request forwarded to the server, and the client's subject name is logged in the request log.

The picture below show a log of the request. The middle column of the log UI shows the DataScript Log message that indicates the path matched and the client is being tracked.  The right column shows the URI/Path of the request that matched the "Tracked-Paths" DataSet.

The picture below is screenshot of the "Full Headers" for the request Log. It shows that the "X-Client-Subject-DN" header was inserted by the DataScript in the request forwarded to the server.

The example Datascript above shows the power of embedding a full-fledged language runtime in the Application Routing Engine. We chose Lua for its small footprint, its simplicity without compromising expressiveness, and extensibility, amongst other advantages. Our SE Datapath employs optimized memory allocators for both per-core and across cores shared memory. The Lua interpreter makes no assumptions about memory allocation and lets an application override the default allocators. This works great since we can plug in our SE memory allocators and tightly control the memory allocated even inside the Lua runtime.

Here are a few examples of the libraries we export to the DataScript/Lua environment:

DataScripts are described in detail in the Avi Networks Knowledge Base here.

In this blog, we listed some of the use cases for Application Level Routing in modern-era cloud applications. We described how the Application Routing Engine in Avi Vantage meets these use cases while satisfying all the core requirements of speed, flexibility, logging, debuggability, fine granular control, usability, multiple matches/multiple actions, and distributed datasets. Our customers love the Policy and DataScript abstractions. For the common cases, they are able to easily configure traffic routing Policies. For more involved use cases, they jump right in and confidently write the DataScripts in Lua using the powerful constructs exported from the native proxy environment.

Want to learn more? Please join us for our webinars. Want to give it a spin? Avi Vantage is available here for download.

Want to join us in building the next generation cloud-scale distributed software Application Delivery Controller? We are Hiring!