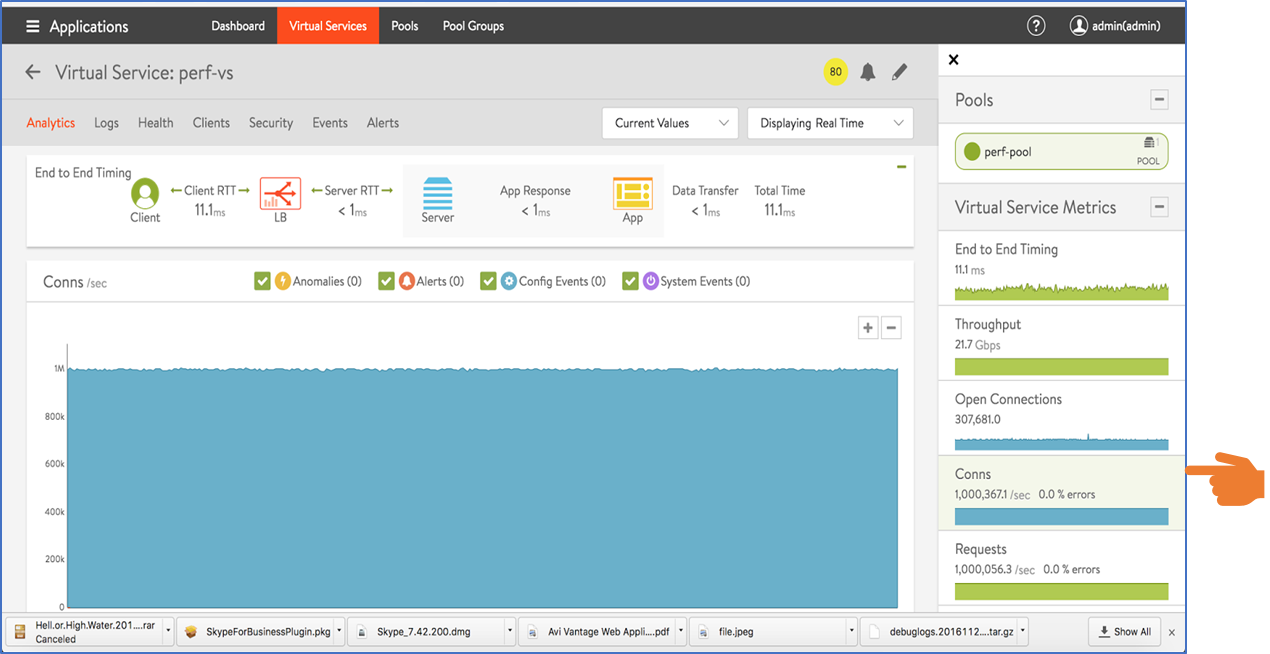 Today, Avi Networks shared news of demonstrating unprecedented elasticity and scale with software-defined load balancers. The demo started as a pet project of our CTO, Ranga Rajagopalan. Ranga always knew that the software-defined architecture for Avi’s load balancers that he conceived and implemented with his fellow founders was highly scalable and elastic as verified by Avi’s performance testers. But, what would it take to put Avi through its paces beyond the QA lab?

A customer conversation a few months ago, with a multinational retail services enterprise led Ranga to pursue an interesting scalability test. The IT department at this enterprise was left in the lurch two Black Fridays ago, when they had a massive surge in web traffic that their “hardware-defined” load balancers were simply not equipped to handle. The IT team scrambled to put out the fire and was forced to place emergency orders for the additional hardware load balancer appliances. In the meantime, the outage and poor end-user experience continued, eventually leading to lost business from unresponsive transactions. That was a defining moment in their IT journey.

Along with several automation and self-service initiatives already underway, the IT team at the enterprise decided that they wanted to break out of this hardware dependency. Their PoC with Avi Networks convinced them that it was the solution that they needed, to take advantage of the easy availability of x86 servers in their environment - putting them to use as software-defined load balancers when the capacity was needed and giving them up for other computing needs as traffic receded. The customer also wanted to take advantage of Avi’s multi-cloud architecture to burst to the public cloud when needed and never again run out of capacity. Ever the technologist who is always several steps ahead, Ranga was performing a scalability test of his own.

Ranga deployed Avi in front of a single web application in the Google Cloud Plaform (GCP) to load balance a continuously growing volume of TLS/SSL encrypted transactions from over 320 clients. He set up the test to build up from just few thousand SSL TPS to a million SSL TPS in a matter of minutes. He used Avi’s built-in visibility and analytics dashboard to monitor the build-up of transactions and the application response. As the traffic grew, Avi’s predictive, analytics-driven load balancing platform automatically spun up additional load balancing capacity on Google servers, seamlessly delivering traffic to the application without any impact on performance. Avi’s elastic services fabric of software-defined load balancers that represented a single virtual service ran on 40 servers at a GCP infrastructure cost of under $50, scaling out to handle one million SSL transactions per second and then scaling back down just as easily and efficiently. You can see all the details of Ranga’s test (including instructions for how to replicate it in your own environment) here.

Merriam-Webster defines the word elasticity as:

In the world of load balancing, contrary to popular claims this notion of elastic load balancing isn’t fully realized. Load balancers built on hardware appliances and used by most enterprises, scale only in one direction and often times at a prohibitive cost. With Avi, enterprises enjoy true elasticity – scaling up or scaling down based on real application needs.

Of course, all of this also means that ludicrous scale doesn’t have to come at a ludicrous cost!