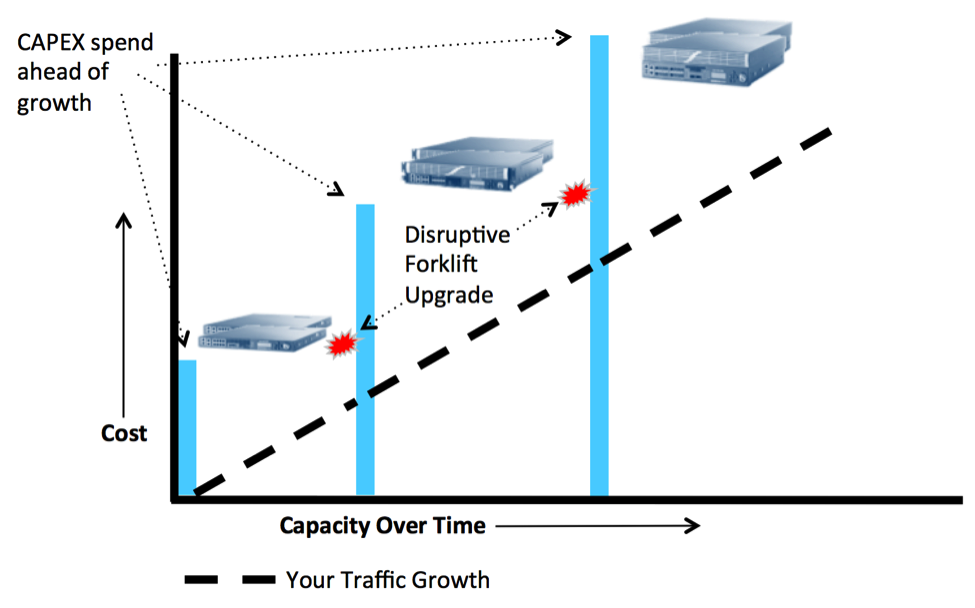 I have helped enterprises “deliver” their applications for a long time. And somewhere in every conversation with a prospective customer I always asked, “What will your traffic be like in 3-5 years?” Yes, I was sincerely trying to size their network equipment to sell the right load balancers. But, I was also doing my company’s bidding to sell enterprises more gear than they would likely need. I was as guilty of doing it as any of my counterparts at competitive load balancing vendors. It was always good to play up the prospect’s optimism especially tech-heavy Silicon Valley. However, the traffic growth question asked by hardware ADC vendors is impossible to answer by mere mortals and most companies just capitulate and buy enough capacity for 4-5 years down the road. More often than not, when I revisited many of my customers in 12-24 months, I found that gear still running at single digit capacity. The tendency to oversell gear wasn’t an intentional desire to exploit customers, but was driven by the architectural limitations of an inelastic hardware model. Paying upfront for anticipated future growth has been an accepted norm in the IT industry for a long time. Disruptive forklift upgrades are par for the course in the IT world where nobody has a crystal ball for how traffic might outgrow existing equipment. 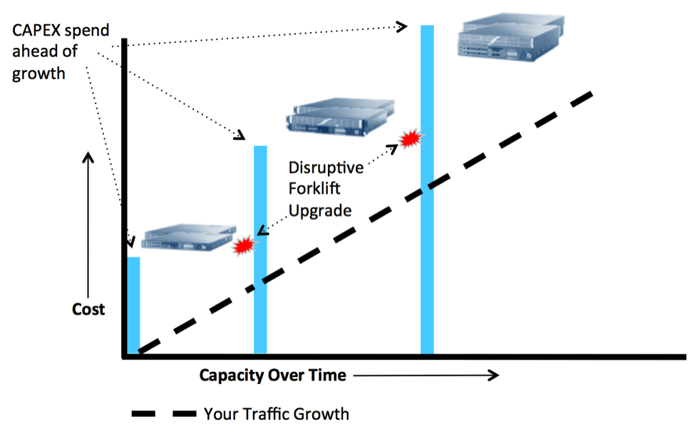 Think way back to all the idle server cycles you had in your data center before virtual machines came along and completely changed the IT industry forever. It didn’t take long after that for ‘the cloud’ to come along and once again change our perception of long term IT procurement. The notion of a public cloud provider like Amazon AWS or Microsoft Azure asking you to name (and pay in advance for) all the compute instances you’ll need for the next 3-5 year is now totally absurd! But yet, we’re still buying networking equipment in the same way we did 30 years ago.

Needless to say, I was excited about the possibility of being associated with a technology that did not force me to the question that nobody could really answer. That is why I was excited to join Avi Networks. Avi Networks' highly elastic application services model with micro load balancers was designed to address the uncertainty of future traffic growth that stumps the best of us. In this Opex driven cloud era, you shouldn’t have to think about that beyond the normal planning associated with IT projects. There is no longer a need to commit to a large Capex overspend ahead of your traffic needs. Being 100% software means you only spin up as many load balancers as you need. More importantly, you don’t have to rethink load balancing every time you consider a different computing environment - Avi Networks provides application services in any data center, public cloud, OpenStack, Microservices or Cisco APIC environments. Pay exactly for what you need today, and spin up more instances (automatically) as your needs grow. 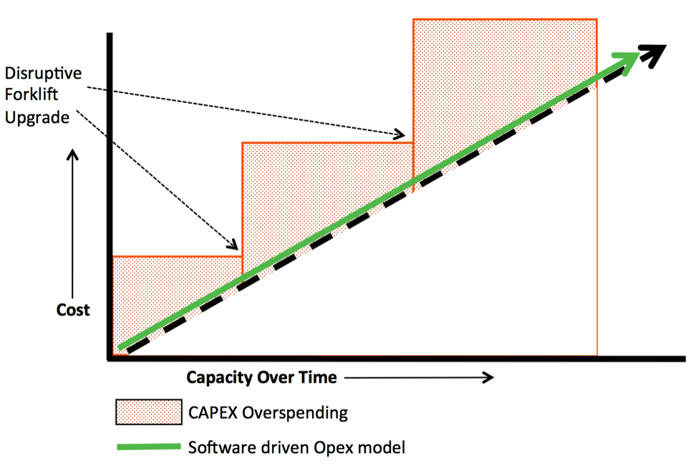 The software based elastic services approach can also make your infrastructure extremely agile. Take Black Friday and Cyber Monday, the busiest shopping days in the year – many organizations spend disproportionately on equipment just for the short, but very lucrative online shopping season. 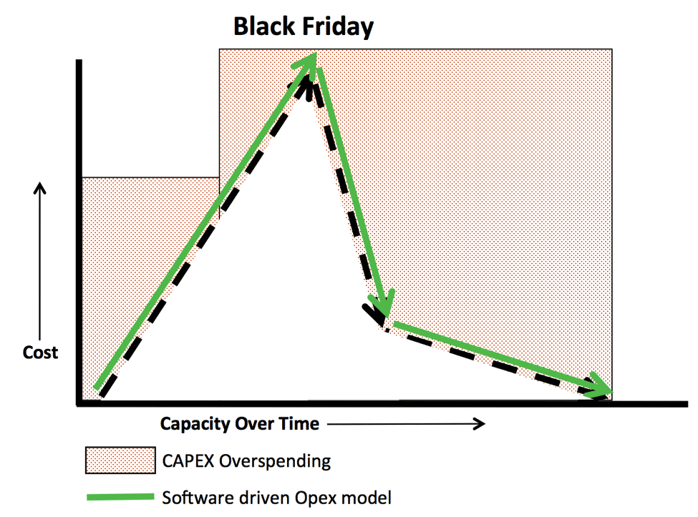 All that extra hardware would likely sit idle for the rest of the year. Being able to scale-out or scale-in instantly without cumbersome hardware upgrades can not only save you from budget-guzzling Capex spending but allow your infrastructure to adapt instantly to unplanned demand. Avi’s architecture also uniquely enables the platform to offer unprecedented visibility and analytics to transactions to make application troubleshooting a breeze.

So the next time your hardware networking vendor asks you to answer 'the' impossible question, ask them how you can go from “pay now to scale later” to “seamlessly scale when you need it.”