Traffic Management | Autoscaling is the Key to Success

While Nintendo may have been confident with Pokemon Go adoption at its launch , I am sure they did not expect that viral, hockey-stick adoption.  As Tarak Parekh, recently tweeted: 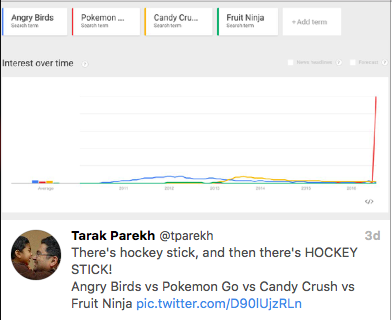 And if that image is not clear, do a quick Google Trend analysis on Angry Birds, Candy Crush, Fruit Ninja, and Pokemon Go.

So why am I rambling on the popularity of Pokemon Go?

What It Means To Have Sudden Growth in Popularity

Given their past few launches, Nintendo probably did not foresee (and hence, did not provision) for such high volumes of traffic. In the first few hours and first few weeks of their launch, the application was always “down.” Now we are no strangers to app outages; just read this quick post that summarizes the major outages that happened in just Q1 2016.

Most of these outages, if not all, are usually due to a lack of elastic scalability in the underlying infrastructure to meet traffic spikes.  Load balancing and app resources, most times, cannot automatically scale up or down based on application traffic and network performance.  If only there was a solution for this!  Right?

We built the Avi Vantage Platform, to solve this very issue.

There are several reasons an application or a server faces an outage.  One familiar pattern in the examples mentioned above is being the lack of responsiveness to real time traffic. Legacy, virtual or physical appliance-based load balancers provide no visibility into application traffic and network performance. They are also architecturally handicapped (since they are tied to proprietary hardware) from scaling horizontally.

Avi Vantage, a software load balancer, leverages its position in the traffic path.  Built on software-defined principles, Avi separates the data plane from the control plane, providing central policy and control for administrators across the distributed load balancers that are deployed close to the applications.  The distributed load balancers, also known as Avi Service Engines, collect real-time metrics on application performance, usage, and network traffic and pass the data on to the Avi Controller.  The Avi Controller is the brain of Avi Vantage as it collects the metrics from Service Engines, processes it, and enforces policy based on these traffic insights.

Unlike legacy, appliance-based load balancers that force administrators to comb through terabytes of TCP and wireshark traces, Avi Vantage provides a “Network DVR” like ability to record and replay traffic events for troubleshooting application networking issues in less than 60 seconds.

A consequence to the lack of visibility and analytics in legacy ADCs is the inability to autoscale. Without insights into traffic patterns, administrators cannot define traffic-based triggers to autoscale load balancers or application servers.  Avi Vantage enables administrators to set real time traffic thresholds to scale both load balancing and application resources automatically to match application performance requirements. 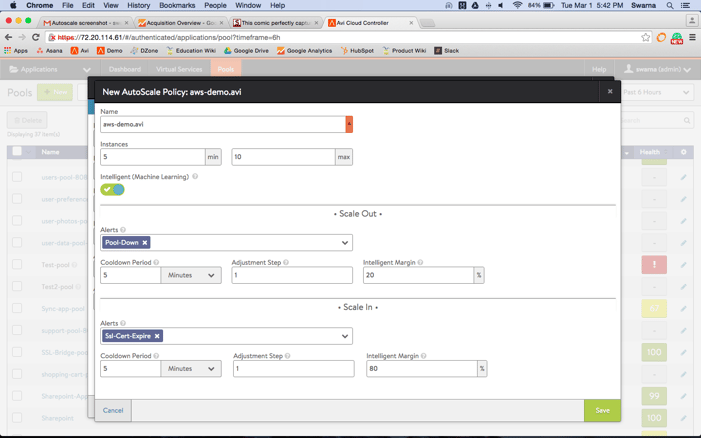 Amazon powered their recent Prime Day, their biggest day ever yet, elegantly without a moment of downtime.  Amazon was able to do it for their cloud environment; what will you do in your data centers?  Who ya gonna call?